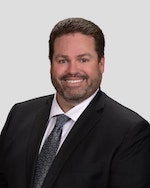 Michael J. Shea is a corporate transactional attorney with more than 20 years of experience in which he has focused primarily on the internet, e-commerce, online marketing and loyalty sectors.

Mike’s practice has included substantial international experience from his time with the Japanese internet services giant and other global law firms, including a stint in the Hong Kong office of Morrison & Foerster. Mike also attended elementary and high school in Vienna, Austria before graduating from Brown University and eventually Harvard Law School.

In his free time, Mike likes to travel. A former soccer and rugby player, Mike enjoys staying active as well as spending time with his family.