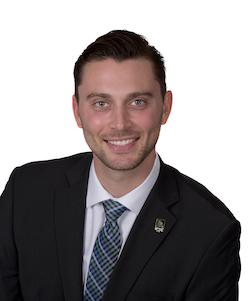 Jared M. Amory is a business attorney who counsels businesses and individuals in a wide range of transactional matters. Mr. Amory’s practice focuses on venture capital, mergers and acquisitions, private securities offerings, business formations, and commercial transactions. He is also a member of the firm’s Blockchain and Digital Currency Practice Group.

Prior to joining Structure Law Group, Mr. Amory litigated federal and state antitrust, employment, and business dispute cases, on an individual and class action basis. Mr. Amory also worked as a workplace investigator, where he conducted investigations of employee complaints for private and public entities in Southern California. In parallel, he also served as counsel for several startups, including an artificial intelligence security company and an e-commerce organic loose leaf tea company, and co-founded a company in the cannabis industry.

Jared obtained his JD from the University of San Diego School of Law and earned his Intellectual Property Certificate, concentrating in trademark, copyright, and trade secret law. In the summer of 2017, Jared studied abroad in Paris, France, where he studied International Intellectual Property Law under Judge Margaret McKeown and Judge Michael Hawkins of the Ninth Circuit. He also participated in various associations such as the Sports and Entertainment Law Society, Intellectual Property Law Association, and Environmental Law Society. Jared served as the lead volunteer at the Annual National Patent Conference and was a two-time intramural softball champion.

In his leisure time, Jared is an avid golfer, and he also enjoys yoga, cycling, traveling, and creative writing.