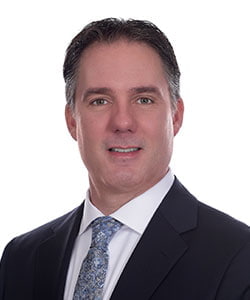 Christopher G. Addy's current role is to represent corporate and individual clients in a variety of litigation matters including, but not limited to, business disputes, breach of contract matters, creditor and shareholder rights, commercial contracts, corporate member and partnership disputes.

Mr. Addy received his J.D. from Southwestern Law School, Los Angeles, in December 2007. Prior to entering law school, Mr. Addy attended Michigan State University for his undergraduate degree where he received a B.S. in Human Resources and Economics graduating with the award of high honors. During that time, he was also awarded a lifetime membership in the Golden Key National Honor Society and the National Society of Collegiate Scholars. Mr. Addy's pre-legal employment experiences include manufacturing, transportation, and customer service industries.

During his free time, Mr. Addy enjoys exercising, playing with his three active boys, and spending time with his family.